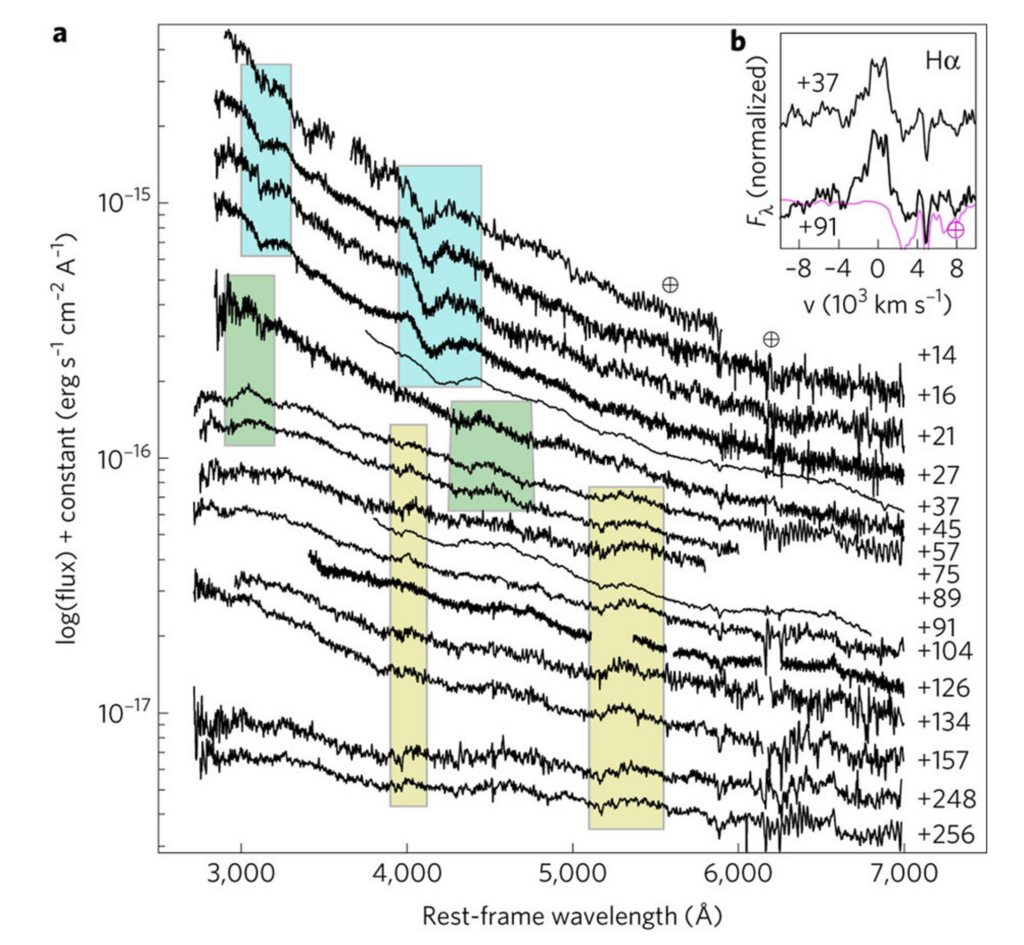 Giorgos Leloudas led the PESSTO campaign to understand the nature of the extraordinary ASASSN-15lh with a paper in Nature Astronomy’s first edition. The paper was subject to an early release and a major press release my ESO.

This object was discovered last year by ASASSN and was originally thought to be the most luminous supernova ever discovered. The PESSTO campaign, combined with LCO photometry, data from VLT and the ANU 2.3m, Swift and HST monitored the transient for 10 months. Giorgos’ paper proposes that is more likely to be a a tidal disruption event. This was originally thought unlikely since the mass of the black hole in this host galaxy is likely to be larger than 108 solar masses, which would mean that stellar disruptions would occur within the event horizon and hence not radiate light. However our team suggest that a tidal disruption event could occur in this case if the black hole is rapidly spinning (a Kerr black hole) and that this is the most likely explanation.